Exhibition and Discussion on the documenta

It was a special documenta night at the Löwenpalais of the Art Foundation Stark in Berlin Grunewald, linking Kassel with Beijing and the German capital.

The documentary exhibition „documenta goes China 2017-2022“ provided the framing for a panel discussion on the current situation of the documenta fifteen.

Curated with photos, historic film sequences and trailers, the pop up-exhibition presented a significant part of the documenta’s reception in China, referring to three very different projects: “Myth of documenta. Arnold Bode and his heirs”, shown 2017 in the CAFA Museum in Peking on 3.000 sqm and featuring hundreds of objects, materials and photos from the documenta archive in Kassel, for the first time presented the documenta with its preconditions, its artistic developments and its curatorial, educational as well as historic contexts to a predominantly young Chinese audience. Well over 30.00 visitors within four weeks documented the strong interest, also for the newly configured version in Shanghai. Shaped by Klaus Siebenhaar (Free University Berlin) and Yu Ding (Central Academy of Fine Arts (CAFA), Peking), the exhibition serves as a best practice in research- and archive-based exhibition practice within Chinese curatorial studies.

The double exhibition „Joseph Beuys and the documenta“/“Cosmos Beuys“, opened in September 2021 in the Residency of the German Embassy in Beijing and the big seminar on the documenta fifteen in June/July 2022, turned into a montage by the Chinese students, were already perceived under the conditions of the Covid pandemic. All of these documenta endeavors, though very different in their dimensions and formats, represented the fundamental Chinese attitudes of perception:

1)    The contemplative and healing power of art, its aesthetic, emotional and societal impact in staged indoor and outdoor spaces.

2)    The transformation of an entire city through artistic interventions: Kassel as an “exhibition hall”.

3)    The positive appropriation, the individually and collectively active role of the visitors and “atmospheres” developing from it.

And for all projects holds that they were realized with German and Chinese students. 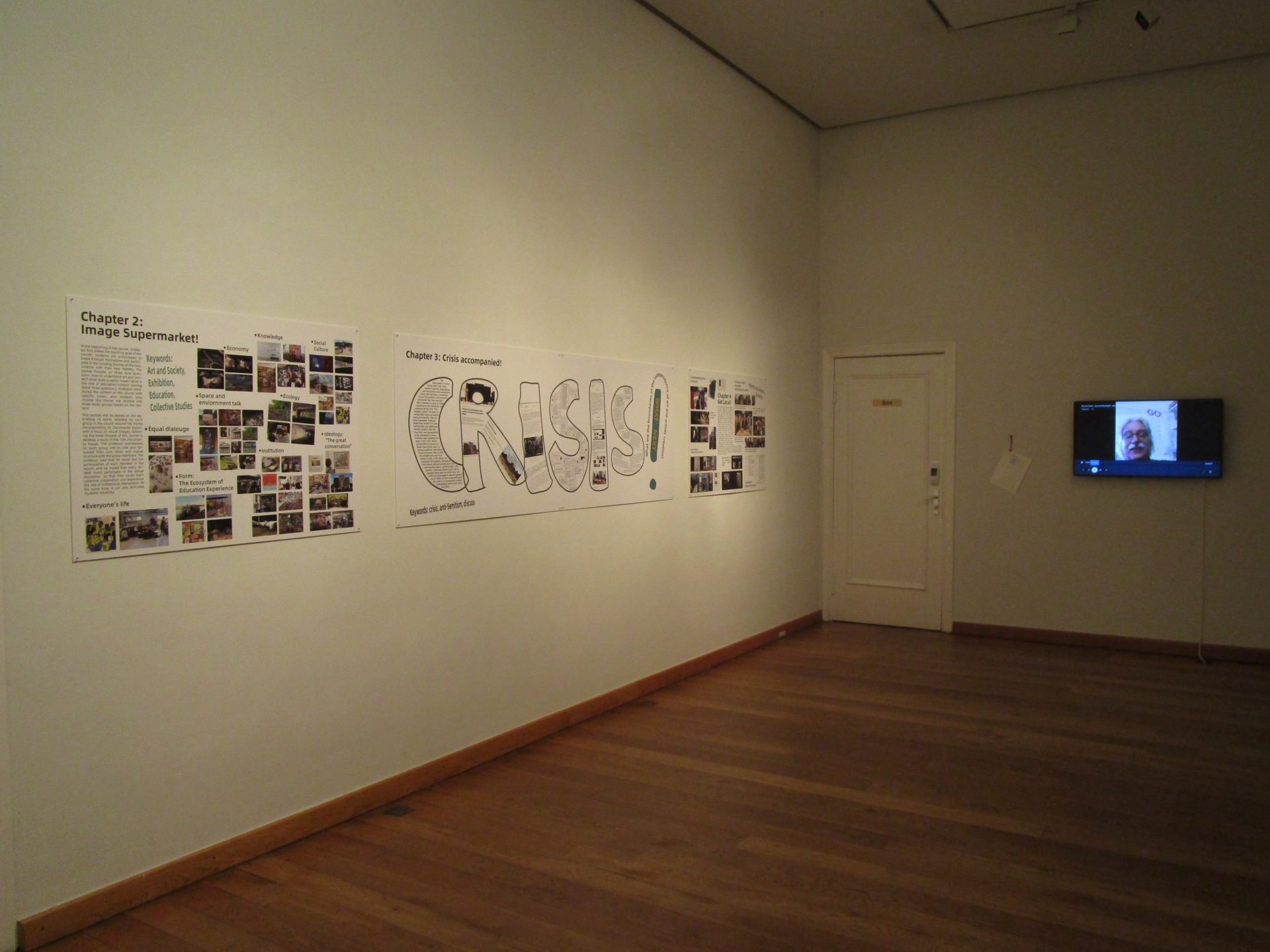 The political dialogue: Klaus Siebenhaar in conversation with Hans Eichel

As Mayor of Kassel, as Head of State of the State of Hessia and as German Treasurer, Hans Eichel has actively and directly accompanied the documenta through several decades, and had to weather off controversies, conflicts and situations of crisis. Especially as a politician the independence of artistic leadership and the freedom of the art in general always was untouchable and guaranteed. The discussions about Walter de Maria’s “Earth Kilometer”, the staging of “state artists of the GDR” or  Beuys’ “7000 Oaks” always stayed civic protests in the context of cultural policy, they always could be resolved through discussions and communication. With its inability for dialogue, their “hermeneutics of suspicion” (Armin Nassehi), the scandalization of the accusations of antisemitism represent a novelty. Both Hans Eichel and Klaus Siebenhaar alleged that the forming of ideologic bubbles, the sometimes intentional ambiguity of central terms (racism, antisemitism, global south) and complex contexts of worldviews (French theory, applied post-modernism, post-colonial studies etc.) contribute significantly to polemics, waves of outrage and simplifications.

Both were united in their perspective on the future of the documenta: The documenta 16 will take place in 2027 in Kassel, and it must not be realized in an organizational or content-wise framework “supervised curating” (Klaus Siebenhaar”) – of state-side paternalism and intervention like in German public broadcasting.

The discussion closed on an engaged plea by both speakers to keep up artistic freedom even in conflict. Conflicts and necessary debates with attitudes as those of the Indonesian collective ruangrupa, the artistic directors of documenta fifteen, should take place on the basis of mutual respect and friendly coexistence and should not lead to political influence and uninformed, unreflected paternalization. 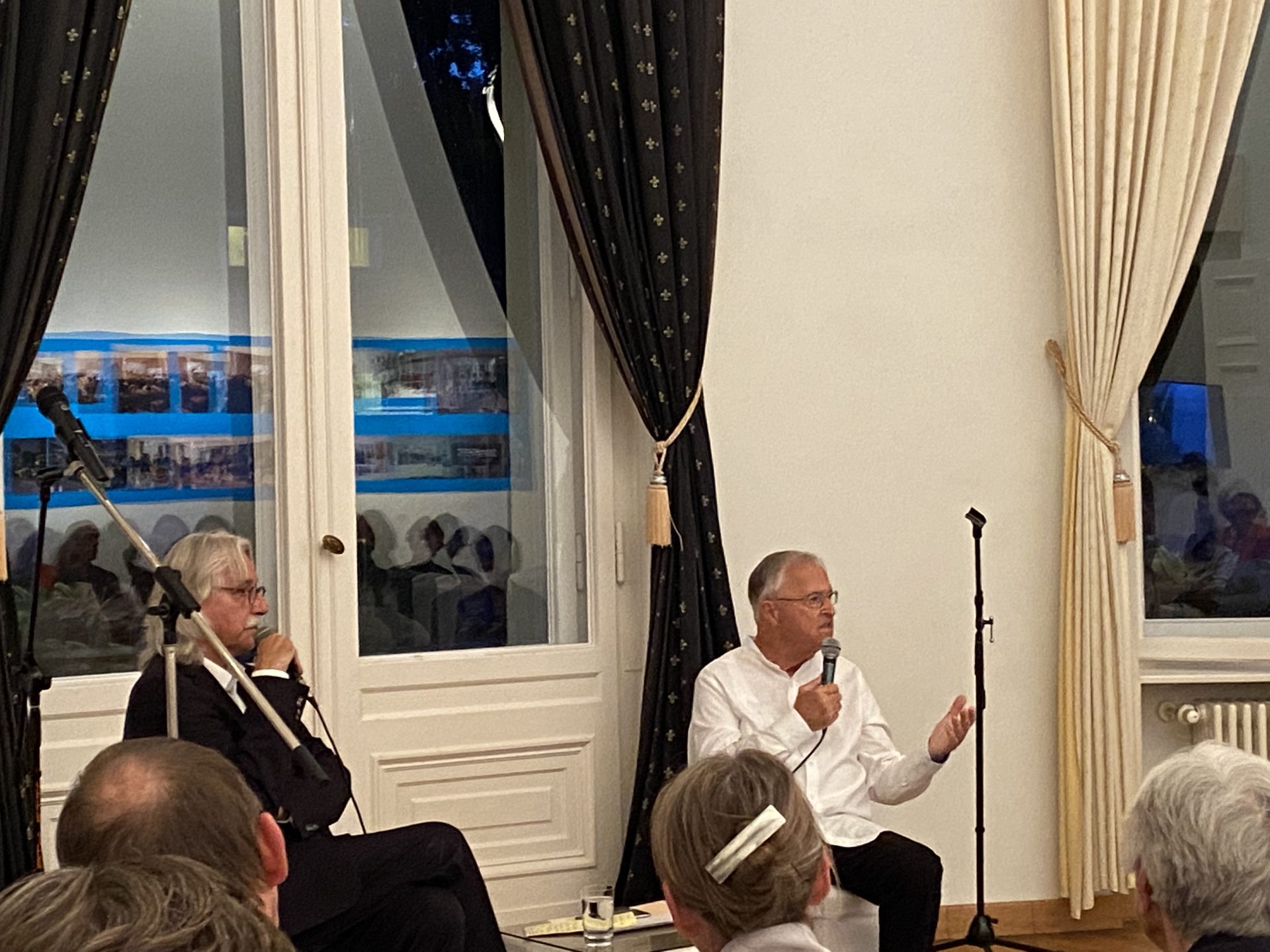 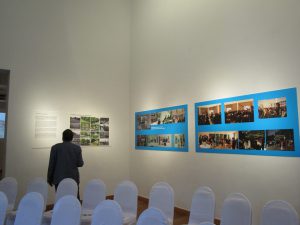